Mr Lucky Aiyedatiwa, Ondo State Deputy Governor has declared that Governor Oluwarotimi Akeredolu will direct the state on who will emerge the 2023 All Progressives Congress (APC) Presidential candidate.

Aiyedatiwa made this known on Thursday in a statement made available to newsmen in Akure.

He said this while receiving the leaders of South West Agenda for Asiwaju (SWAGA) 2023 on behalf of the Governor.

SWAGA is one of the groups championing the emergence of APC National Leader, Asiwaju Bola Tinubu as the next President of Nigeria and the group was on Thursday launched in Akure amidst mammoth crowd at the Dome Event centre.

Aiyedatiwa, who commended the group, declared SWAGA as a “great movement”. 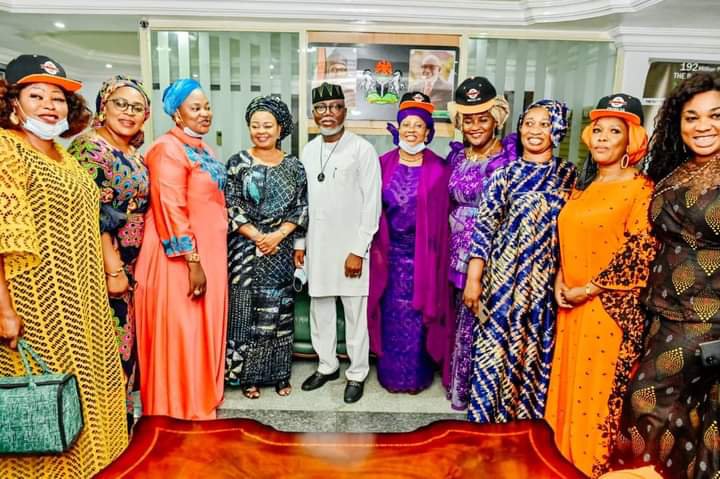 He also described Tinubu as a friend of Ondo State and a nationalist who accommodates everyone regardless of ethno-religious background, an attribute the incoming President must possess to unite Nigeria.

“APC National Leader, Asiwaju Tinubu is phenomenal and leader of leaders whose track records are there for everyone to see.

“I am a man under authority, we have only one voice from our governor (Akeredolu), he is the one that can speak or make a pronouncement.

“But I can assure you (SWAGA) that, Ondo State will not be passive.

“We will be very active with the process that brings about the emergence of APC candidate in the 2023 Presidential primaries and the real election,” Aiyedatiwa said.

Earlier, the group, led by the National Chairman, Sen. Dayo Adeyeye, said it was the turn of the South to produce the Country’s President in 2023.

Adeyeye, who explained that zoning of the highest office would foster national unity, said every part of the country should be given a sense of belonging.

“Power rotation is a covenant between us, hence the need to shift the power to South,” he said.