Efforts to get the comments of Akeredolu, who is the Chairman of South-West Governors’ Forum, proved abortive as the Ondo State Commissioner for Information and Orientation, Donald Ojogo, neither took several calls to his line nor replied a text message sent to his line by our correspondent.

However, a top source in the South-West told PUNCH correspondent that Igboho threw caution into the winds and shunned many wise counsels offered him before his ordeal.

“It is understandable if the governors don’t want to make any public statement on the matter. Nobody wants to identify with Igboho, the governors don’t support his struggle as they are convinced of one strong, indissoluble Nigeria. Igboho was called to order many times in the secret but he came out in public to abuse the governors, monarchs and other elder statesmen in the South-West.” 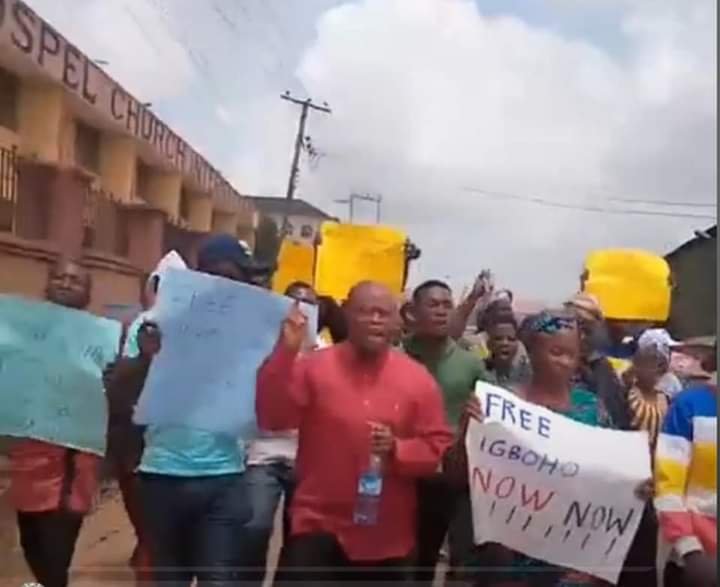 The Ooni inaugurated the 28-man committee on Thursday in Lagos at the location where Obafemi Awolowo founded Egbe Omo Oduduwa.

The Ooni of Ife, Adeyeye Ogunwusi has inaugurated a 28-man Yoruba think-tank known as “Ooni Caucus” to deliberate on the present circumstances and the future of the Yoruba race.

This is coming days after Yoruba activist Sunday Adeyemo, also known as Sunday Igboho was arrested in Cotonou, Benin Republic, days after his home was invaded by SSS operatives.

The Ooni, an imperial monarch in Yorubaland, charged the group to look into the issues surrounding the arrest of Igboho, who has been at the forefront of agitation for self-independence for Yoruba ethnic group amongst other issues of Yoruba interest.

Symbolically, the inaugural meeting was held in Lagos, at the exact location where late Yoruba sage, Obafemi Awolowo founded the Egbe Omo Oodua in 1948, a movement which later became the Afenifere group.